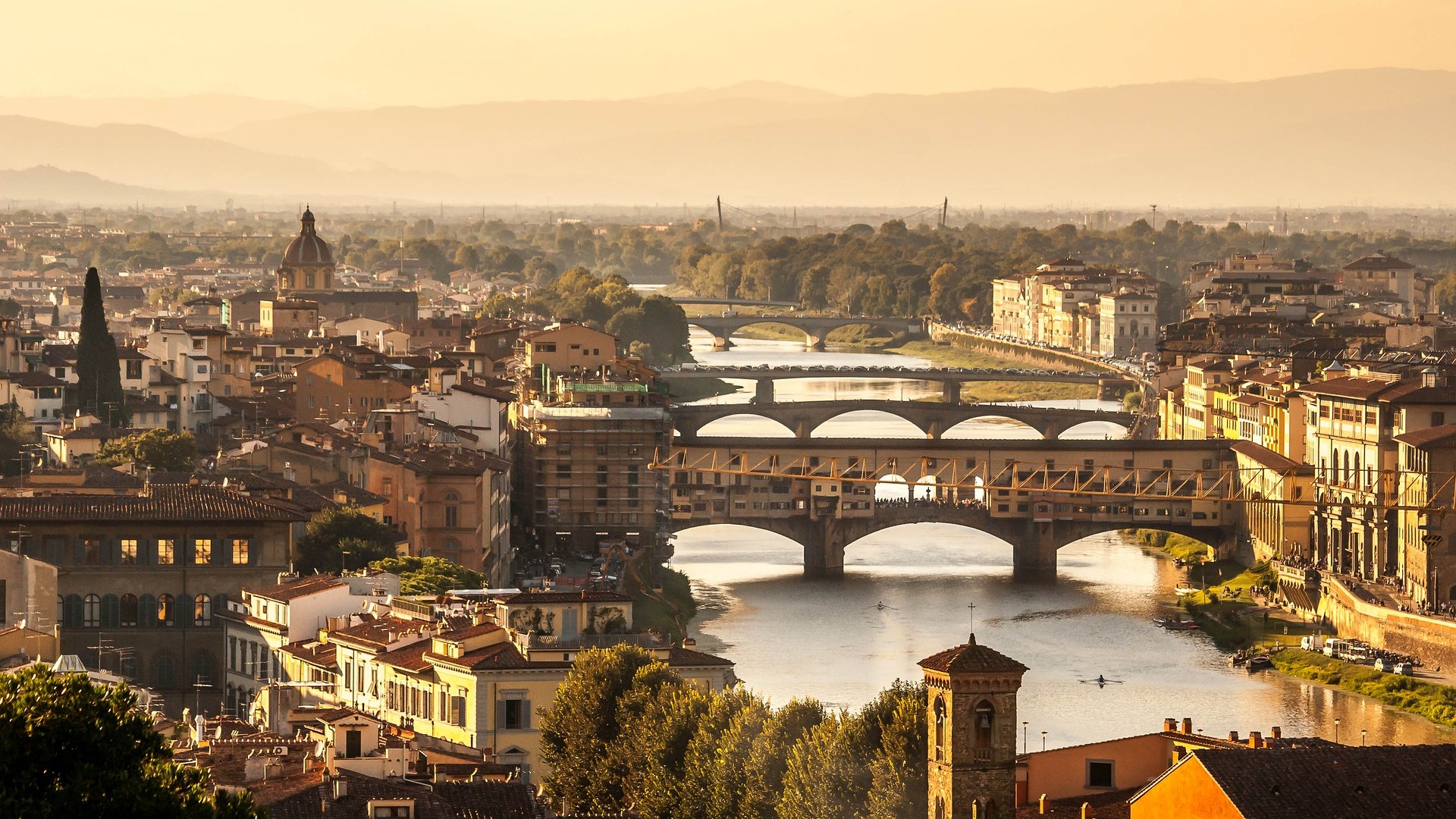 Florence is a shining pearl among Italian cities, which can be found on the map of Italy in sunny Tuscany. 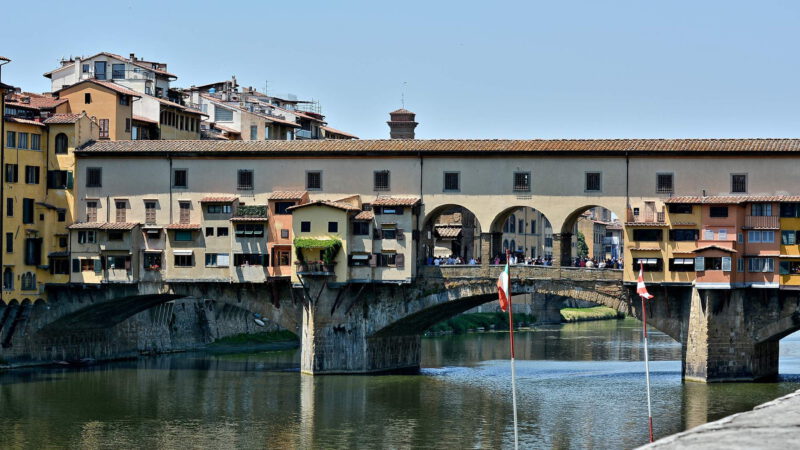 Florence was founded in 80 BC by the Romans. However, the rise of the city began in the 12th century, when the small town became a respected commercial and artistic city. The city is experiencing a major boom under the rule of rich and influential Medici, who made Florence the capital of the Italian Renaissance. From 1865 to 1871, Florence was even the capital of the Kingdom of Italy. 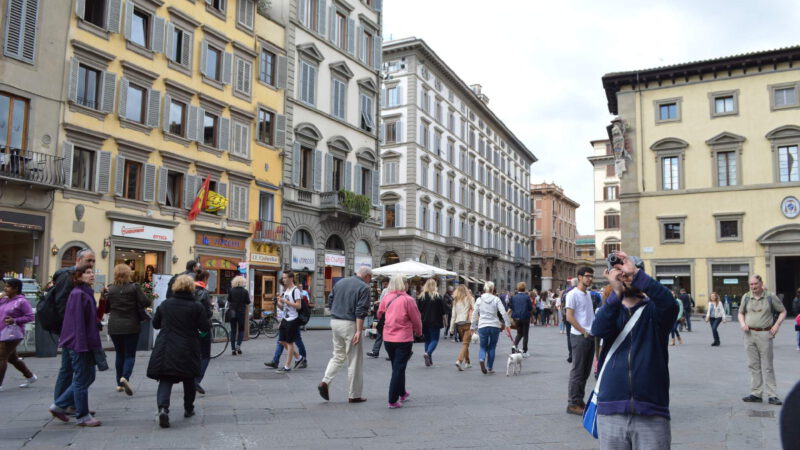 Famous personalities of the city

Among the most important personalities of the city are undoubtedly the Italian Renaissance artists who worked in Florence for some time. The largest of them is the genius sculptor and painter Michelangelo, who carved a life-size statue of King David of Israel here from marble. Another great man who lived in Florence is the Italian writer Dante Alighieri. 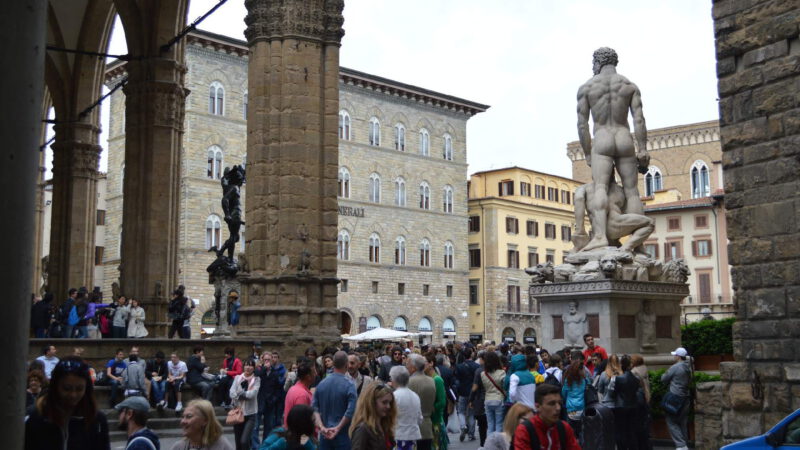 Florence’s culture is everywhere you look. You don’t even have to enter any museum in Florence, just go to Piazza Della Signoria and see the famous statues and beautiful fountains.

Important is the local textile industry, which has its deep roots in the history of Florence. Thanks to the important textile industry, the city gained its wealth and privileged position during the Middle Ages. Florence can also be proud of the fact that its historic center has been inscribed on the UNESCO World Heritage List since 1982. 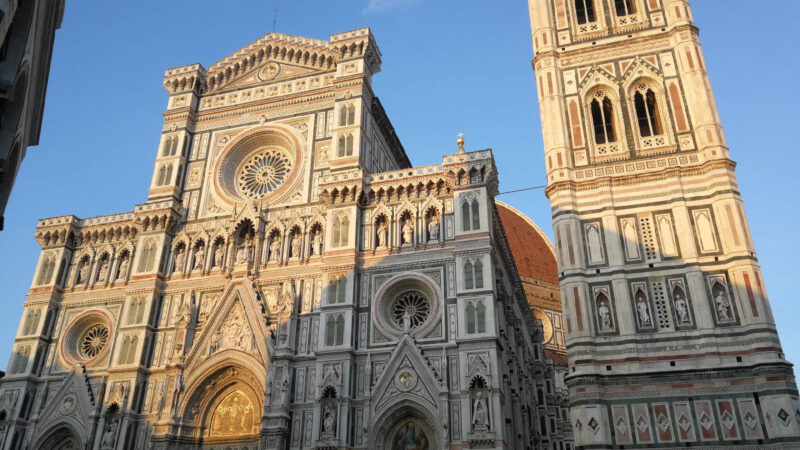 Football is a religion in Italy, so it’s no surprise that Florence also has a prestigious football club that plays Italy’s highest football competition. The name of the club, which was founded in 1926, is Associazione Calcio Firenze Fiorentina. ACF Fiorentina plays its football matches at Stadio Comunale Artemio Franchi. It is a multi-purpose stadium that can accommodate 47,290 spectators.

How to travel around Florence

The historic center of the city is quite small, so it is worth walking around Florence. In the historic city center, however, there are nice and comfortable electric buses that serve the C1-C4 lines. Bus tickets are available at authorized points of sale. These are usually local cafes, newsagents, newsstands, which you can easily recognize by the ATAF sticker on the window. 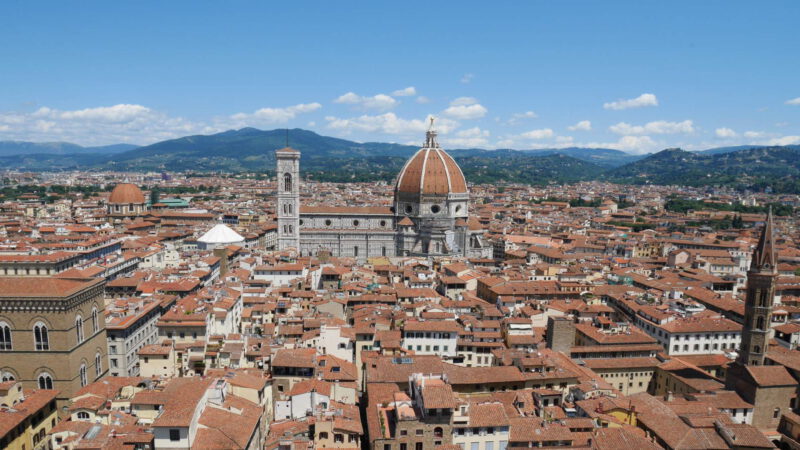 There are a large number of magnificent Renaissance monuments in Florence. Here is a list of the ten most interesting monuments of the capital of Tuscany.

The first tourist attraction is the Baptistery of San Giovanni, which stands next to the impressive Cathedral of Santa Maria del Fiore. The baptistery that was used for baptism has three beautiful bronze doors. 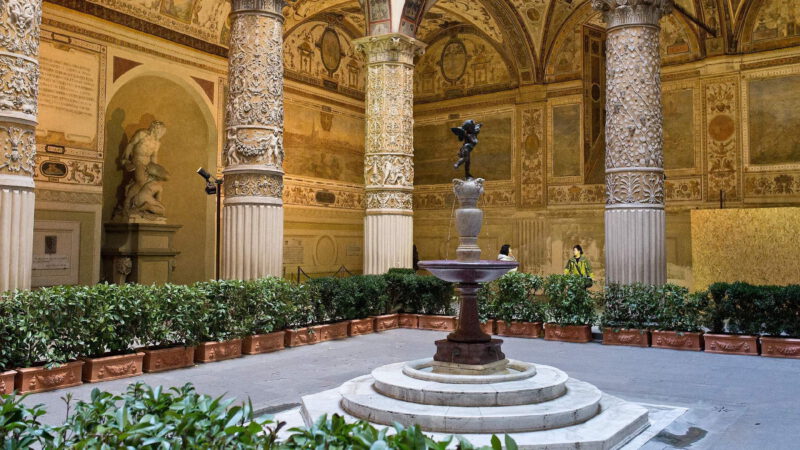 Just a short walk from the Baptistery is the impressive 153-meter-long Cathedral of Santa Maria del Fiore. The most beautiful element of the whole cathedral is the facade of the church itself, which has marble panels of green and pink color with white paneling.

Another notable church in Florence is the Chiesa di Dante or Dante ‘s Church. The church will delight all admirers of this important Italian poet. In this church, Dante Alighieri was to meet the love of his life and the muse of Beatrice Portinari. 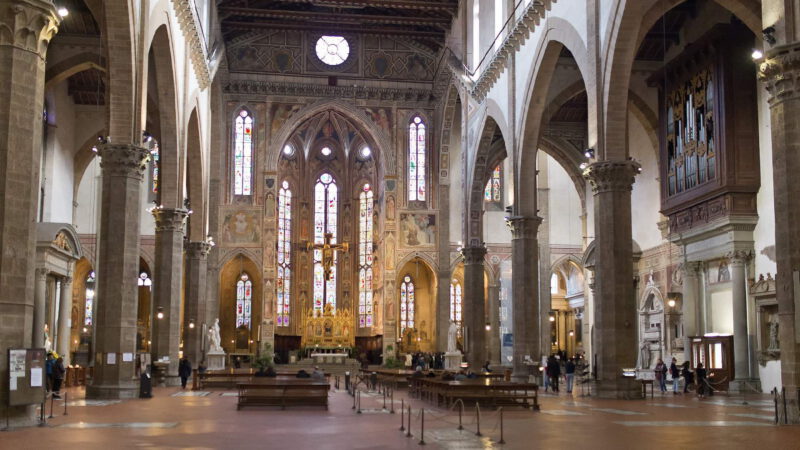 Palazzo Vecchio is one of Florence’s most famous buildings, offering several sightseeing tours. For all tours, I recommend a tour called Hall of Five Hundred, in which you will see a beautiful fresco of Battaglia di Marciano by Giorgio Vasari. 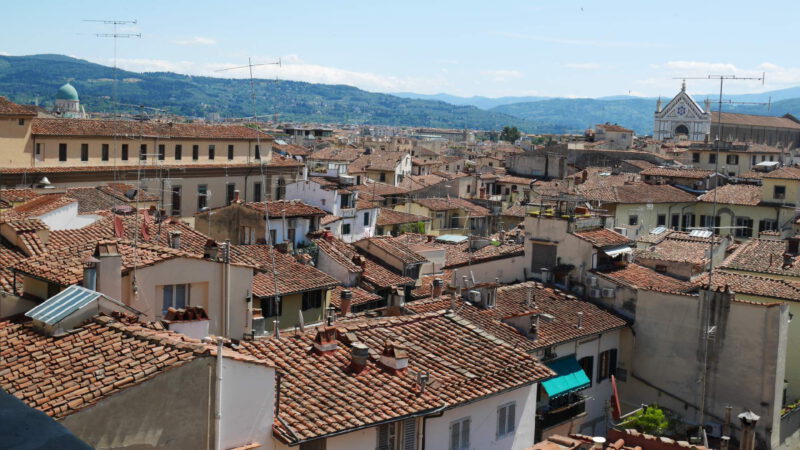 Galleria Degli Uffizi is a prestigious Florentine gallery that attracts tourists from all over the world, especially to the famous paintings by Sandra Botticelli or Raffael Santi. Also, the space around the famous gallery building is lined with statues of the most important personalities from various fields, so you will see a statue of Leonardo da Vinci or Giovanni Boccaccio. 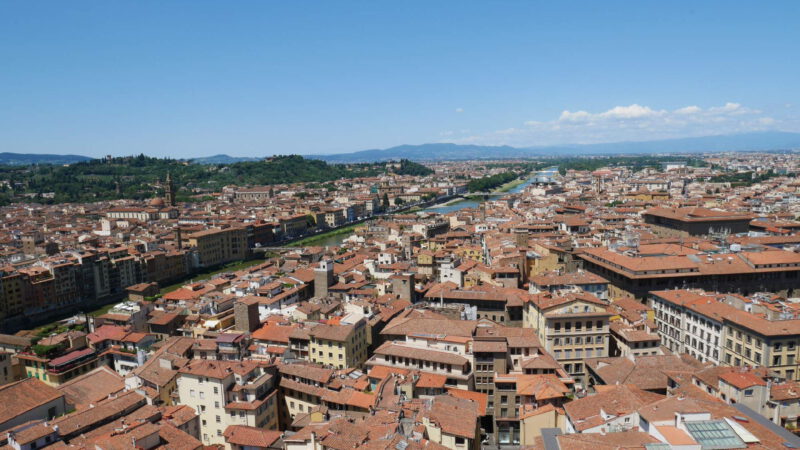 The Ponte Vecchio is a beautiful photogenic monument that has been romantically arched over the River Arne since the 14th century. It is a bridge with a rich history, where there are beautiful shops of goldsmiths.

A beautiful monument not to be missed in Florence is the Basilica of Santa Croce (Holy Cross), located in Piazza di Santa Croce. A statue of Danto Alighieri stands next to the magnificent basilica with its marble façade.

Gallery of the Academy

The Accademia di Belle Arti or the Academy of “Beautiful” Art has the most famous Florentine sculpture in its collections, created between 1501 and 1504 by the Renaissance artist Michelangelo Buonarotti. This is, of course, a large statue of King David of Israel. 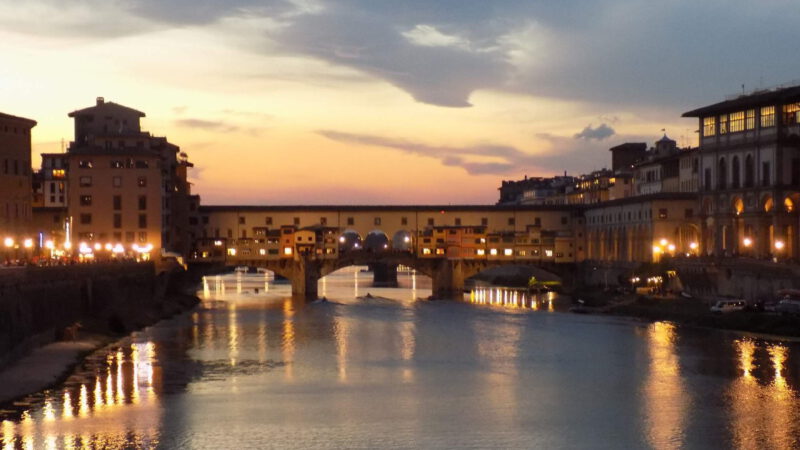 Adjacent to Palazzo Pitti is the lovely Boboli Garden, which offers endless opportunities for pleasant walks or sitting in the beautiful surroundings of the green garden.

For fans of art lovers, I recommend a visit to the Museo di San Marco, which was previously part of the Dominican monastery of San Marco. This museum has breathtaking and captivating works by the artistically gifted monk and prior of the convent Fra Angelica, who was one of the leading Renaissance painters in Italy.

Florence is a pearl among northern Italian cities. It is a place where world history was written and a place that is an artistic gem in itself. You definitely can’t go crazy visiting this beautiful city, and if you’re close to architecture, art, or literature, you’ll be doubly amazed.