Gdansk in Poland – Complete guide with my photos 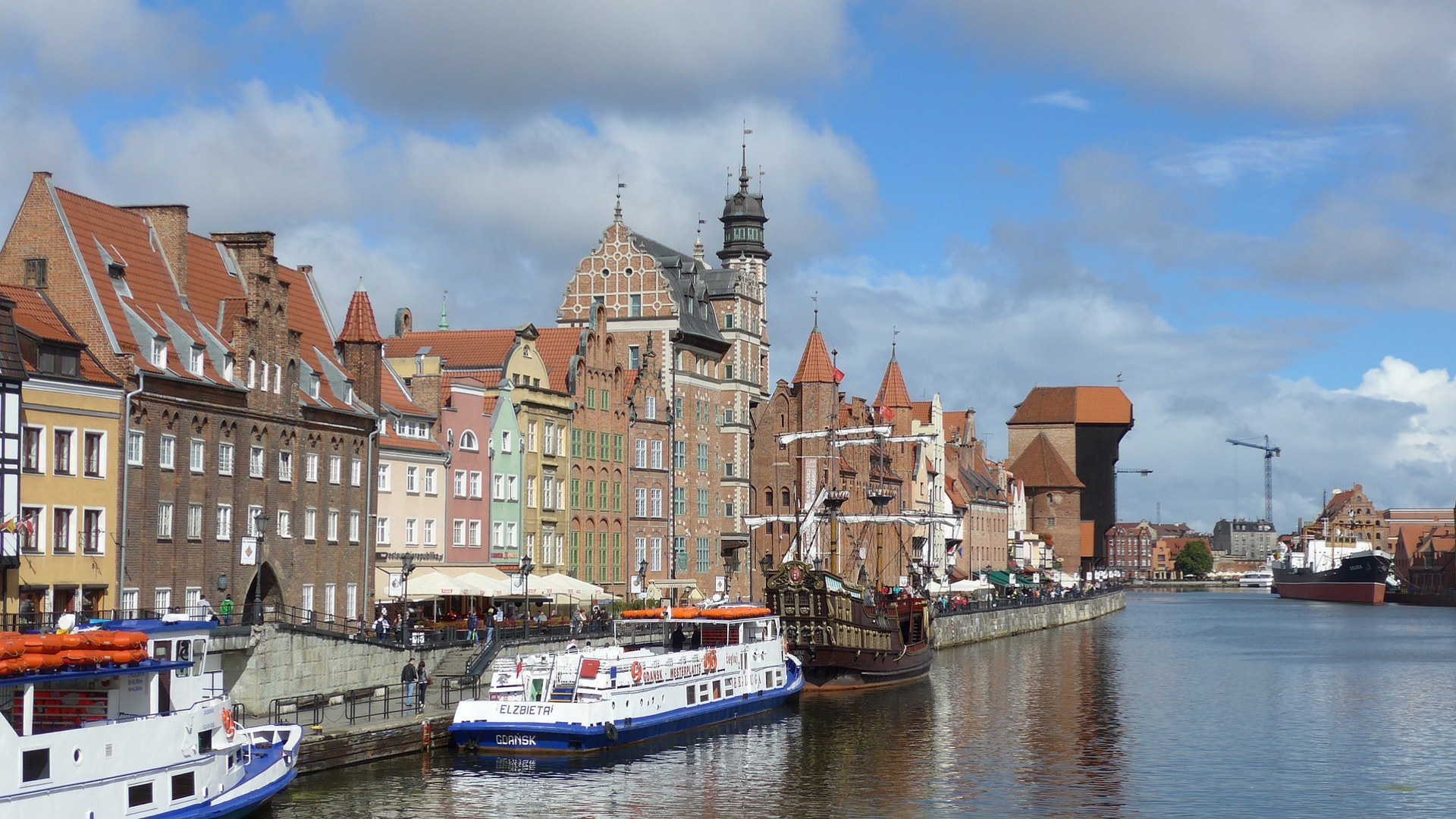 Gdansk is a beautiful Polish city , which on the map of Poland can be found in the north of the country on the Baltic Sea.

Gdańsk is located on the Baltic Sea in Pomerania . It currently has about 455,000 inhabitants . Gdańsk is a port city that has always been a center of trade and culture. It is currently one of the most visited Polish cities, offering beautiful architecture and great facilities for tourists from all over the world. 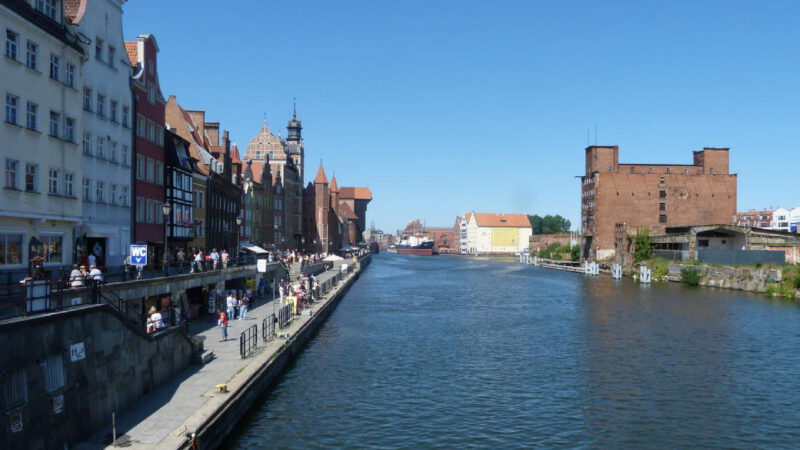 The first written mention of Gdańsk is from the 10th century . An important year for Gdańsk was 1361, when the city joined the Hansa .

Since then, Gdansk has become richer and is thriving . For a time, rich Gdańsk also belonged to the Teutonic Knights, then to Poland and then again to change Prussia. From 1945 to the present, Gdansk belongs to Poland again. 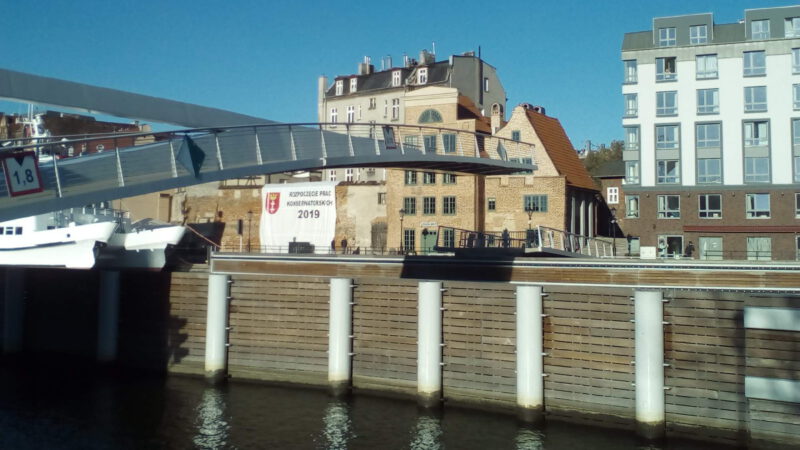 Gdansk’s architecture is very ancient and gives a spectacular impression . The architecture of Gdansk is not uniform, because the local buildings are in all possible styles.

Especially noteworthy are the magnificent and impressive spiritual buildings , of which there are many in Gdansk . The oldest churches in Gdansk include, for example, the beautiful Cathedral of St. Catherine or the dignified Cathedral of St. Nicholas. 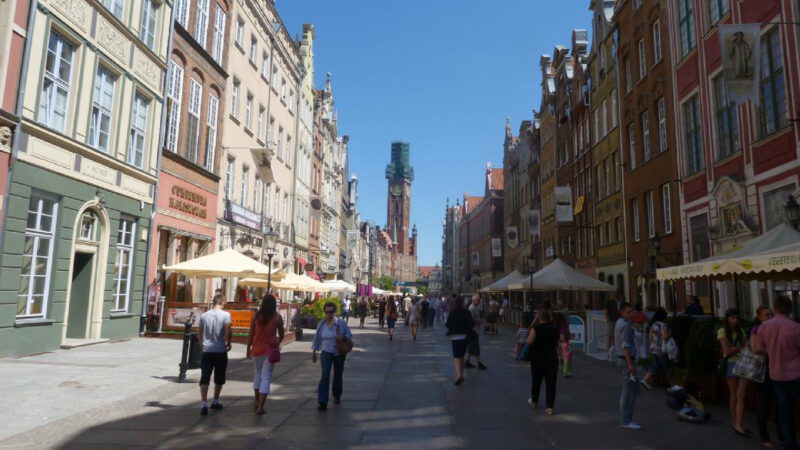 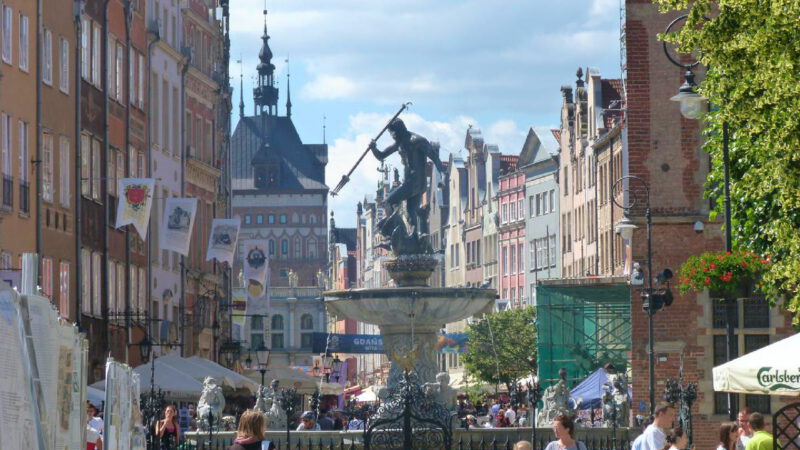 The biggest attraction for tourists and visitors to Gdańsk is the historic core of the city, which forms the Dlugy Targ , where you will find the Mannerist-style town hall in the Dutch style. 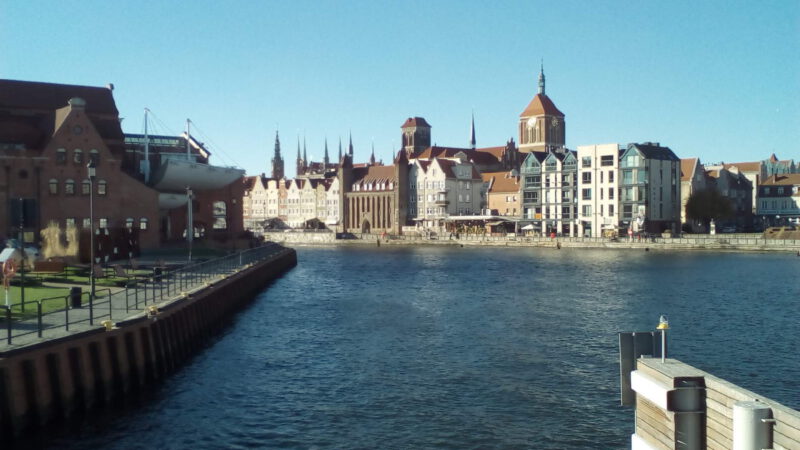 You can climb the town hall tower for a small fee and have the whole Hanseatic city in the palm of your hand. In addition, there is a famous carillon in the town hall tower, which launches the Schiller’s anthem every day at noon Ode to Joy, which is also the anthem of the European Union.

Read also my guide for Florence in Italy.

Walk along the waterfront

Another tourist tip is a walk along the beautiful embankment of the river Motlava ( Dlugie pobrzeze ), during which you will come across one of the main symbols of the city – medieval crane „Zuraw “. It is a completely unique medieval building, which according to many is the most beautiful historical building in Gdansk. 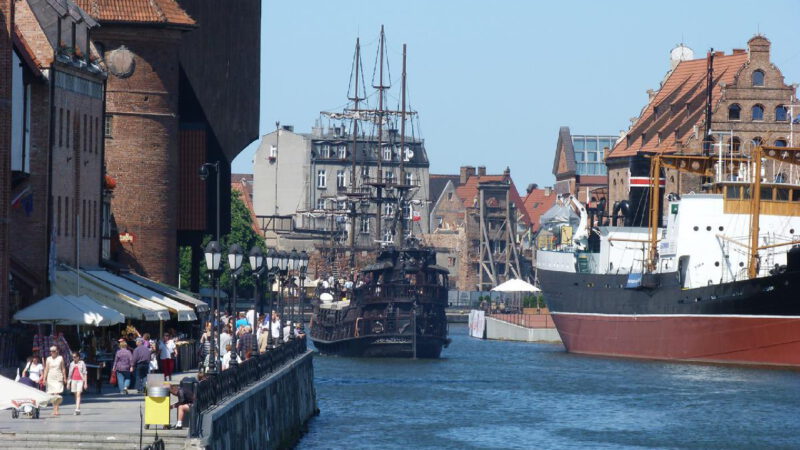 It is one of the largest ports on the Baltic Sea, covering an area of ​​1,065.56 hectares. A visit to Gdansk’s shipyards is worthwhile, as Solidarność was founded here in 1980.

Solidarity was an organization that was strongly opposed to communism. Solidarity was headed by Lech Wałesa, who then became President of Poland. 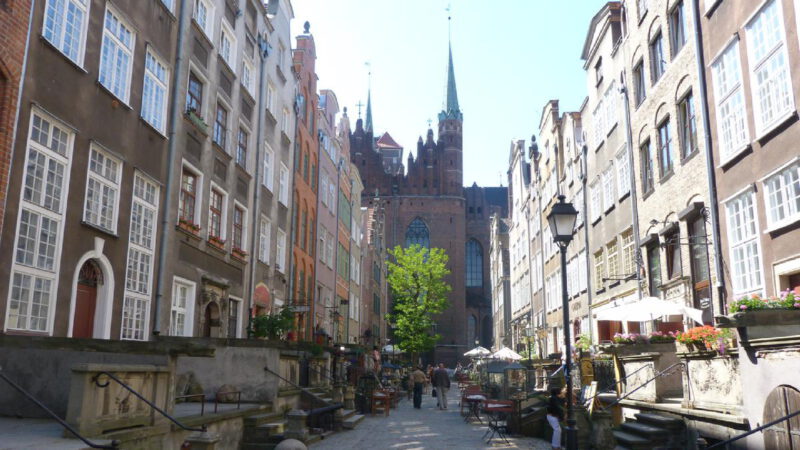 How do you get to Gdansk?

The most convenient way to get to Gdańsk is by train from Ostrava . This is a daily connection of Czech Railways and you are in Gdansk in 7 hours and 13 minutes. The trail ends at Gdansk Central Station, which boasts a magnificent station building made of small red brick cubes.

The historic part of Gdansk is large, but the best way to get to know the city is to walk around the city. If you are tired, use the local city buses to transport around the city. 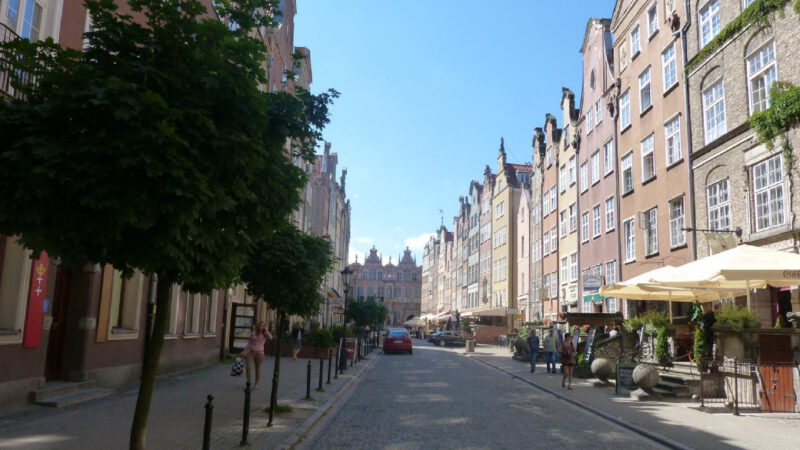 In the vicinity of the beautiful historic city of Gdańsk, it is especially necessary to visit the Visa Scythe , Krynica Morska and Sopot . We will now take you to all three places and tell you what you should not miss. 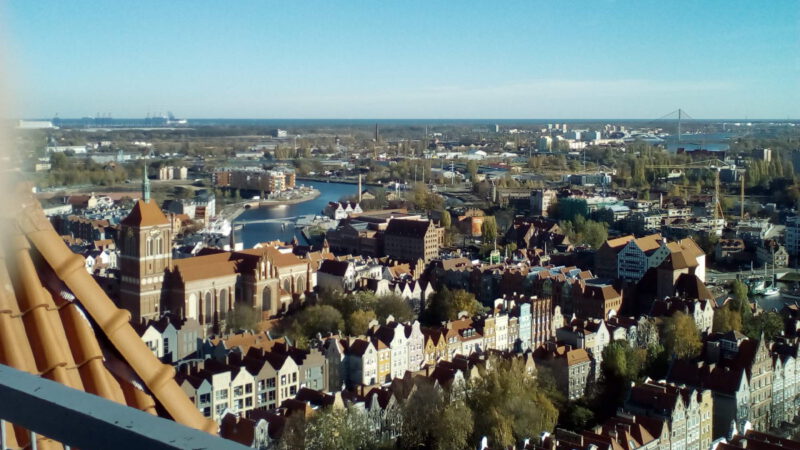 Viselská Kosa is a whole area that lies on the southeast coast of the Baltic Sea. It is a narrow and elongated mainland, which is a popular tourist destination due to its sandy beaches. The length of the mainland is 60 kilometers and the width is between 600 meters and 2 kilometers. The eastern part of the Vistula Spit is part of Russia.

There are only 2 resorts on the mainland, which is 60 kilometers long, with beaches. One is Krynica Morska and the other is Piaski . Piaski is located a few kilometers from the Polish-Russian state border, which divides the Vistula Spit into two parts. Piaski is a small fishing village with just over 2,000 inhabitants. There is also a small nudist beach. 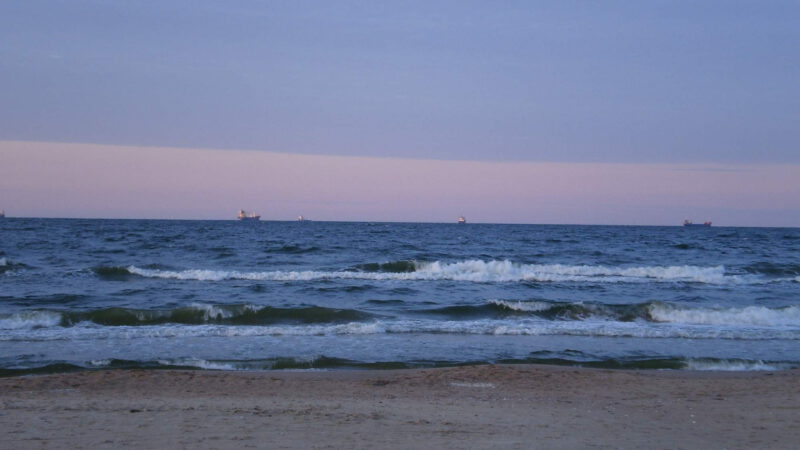 There is a popular seaside resort on the Vistula Spit, 15 kilometers from the Russian border. Krynica Morska is located by the sea, so you will find long and beautiful sandy beaches with clean pine forests . A new cycle path leads through the pine forest, which has a partly asphalt and partly gravel surface.

Krynica Morska is a famous for swimming destination in the Baltic Sea. There are beautiful sandy beaches that are 50 meters long. The village itself has a large number of hotels, guesthouses, and camps. 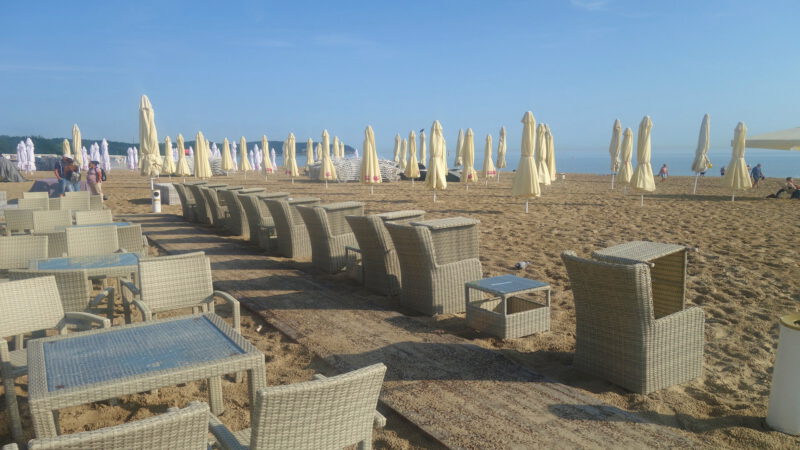 Krynica Morska boasts a small port and, above all, a beautiful lighthouse from 1951. It is a cylindrical brick building that is 27 meters high. At the top of the lighthouse is a lantern with radar. The lighthouse is open to the public for a small fee. 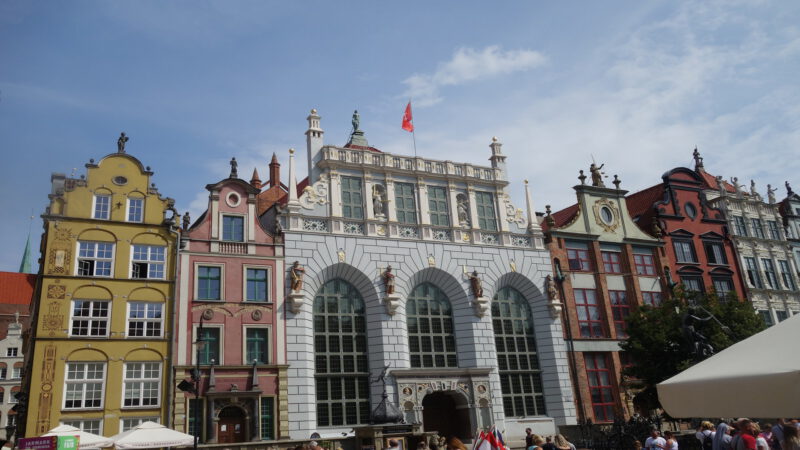 Sopot is a spa coastal city near Gdansk. Sopot is known mainly for the popular August song festival and the beautiful wooden pier in Europe, which is the longest of its kind in Europe. If you are going through the pier, you will see a promontory called Hel on the left in good weather and on the right the large Gdansk shipyards, in which huge transport ships are moored. 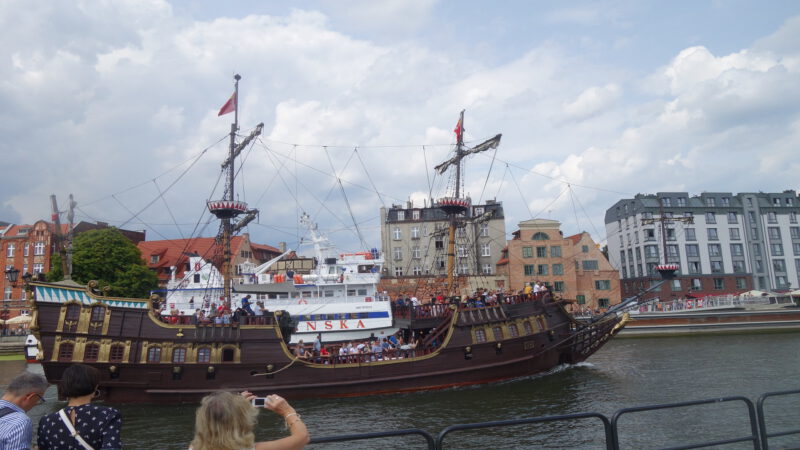 After a pleasant stroll along the Sopot wooden pier, you can head towards the colonnade and the spa house . Here you can also stroll or sit on the spa benches, which are plentiful here. Then you can head along the pedestrian zone towards the city center, where there are many restaurants, patisseries, and cafés. In the pedestrian zone, I recommend noticing an unusual house, which is called „crooked house”.

In Sopot, you can also swim in the Baltic Sea. In the vicinity of the spa town of Sopot are beautiful sandy beaches, where there are several luxury hotels and family guesthouses. For all, let’s name Hotel Sopot Marriott Resort Spa or Hotel Monte Carlo Apartments.

Gdansk is a beautiful historic city with lots of attractions . It’s just a city. Not too big, but not small. There are many other attractions nearby, and most importantly, great swimming spots. Fragrant pine forests and beaches with fine sand are the ideal places to relax. And you can swim here for almost the whole holiday lately.