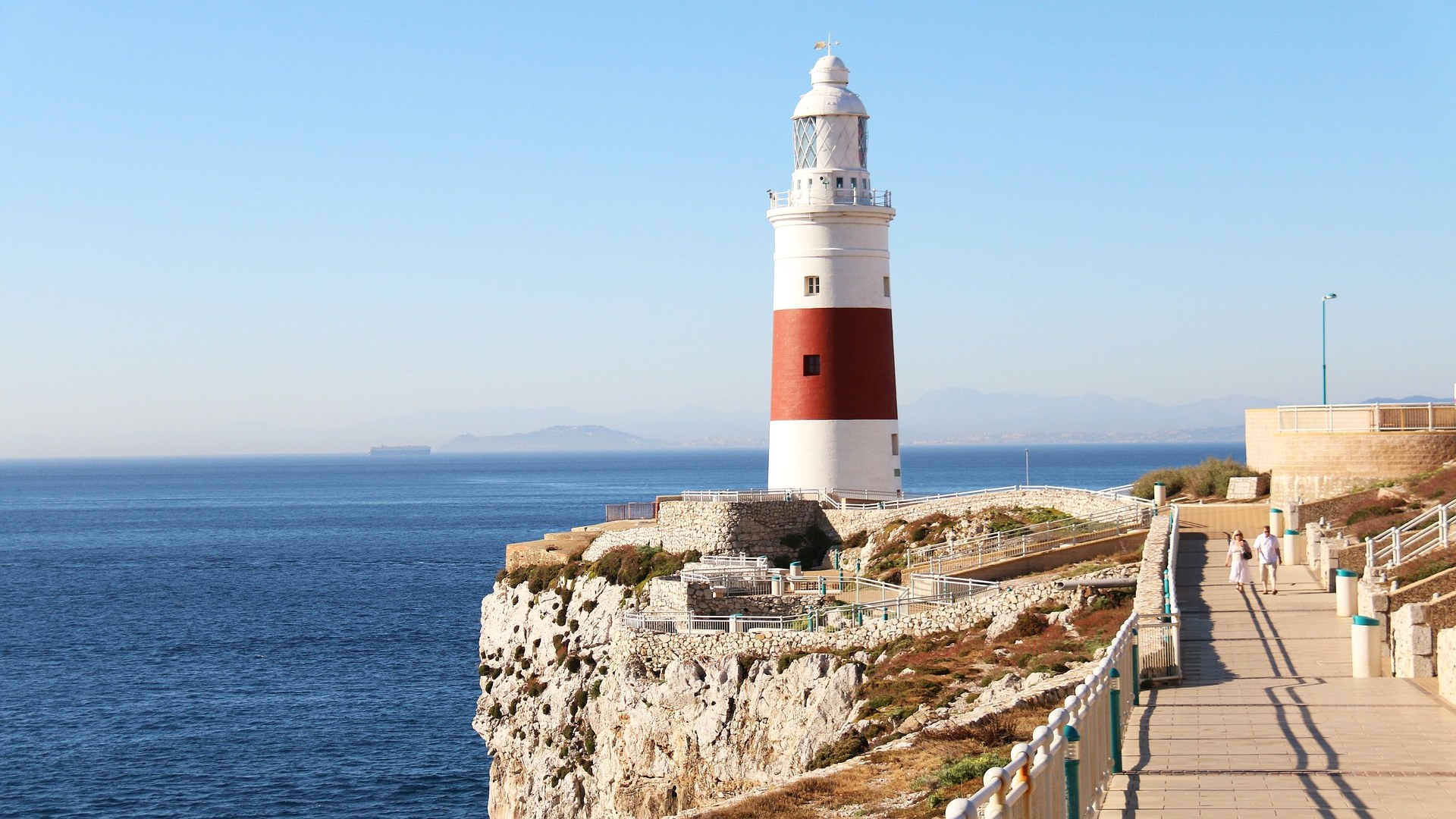 Europe is special continent, and that is why everyone should know. That’s why we bring you a rich selection of the best map of Europe to download.

Europe is in contrast to Africa or Asia quite a small continent. Still extremely interesting and intricate . Thanks to its natural wealth and favorable climate, Europe has become a very rich area, triggering the greatest expansion of humanity . To this day, Europe is amazed by its diversity, which is also incorporated into one of the main slogans of the European Union:

It is almost unbelievable how many states (46), nationalities and languages ​​are crammed on such a small continent.

All those amazing mountains, rivers, lakes, lowlands, islands, and other interesting formations.

Europe covers an area of ​​10,180,000 km² . With Europe’s borders, it’s a little more complicated because it’s directly connected to Asia. For example, countries in the Caucasus (Georgia, Armenia, Azerbaijan) are sometimes included in Europe and sometimes not. There are professional discussions from the Strahlenberg border to the borders of the former USSR, which are differences in hundreds of thousands of square kilometers. 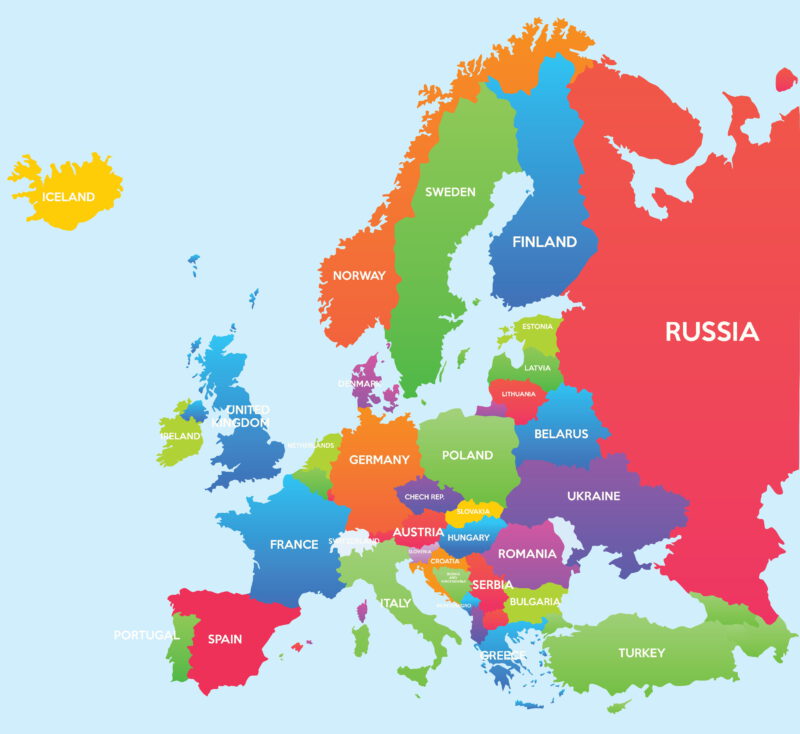 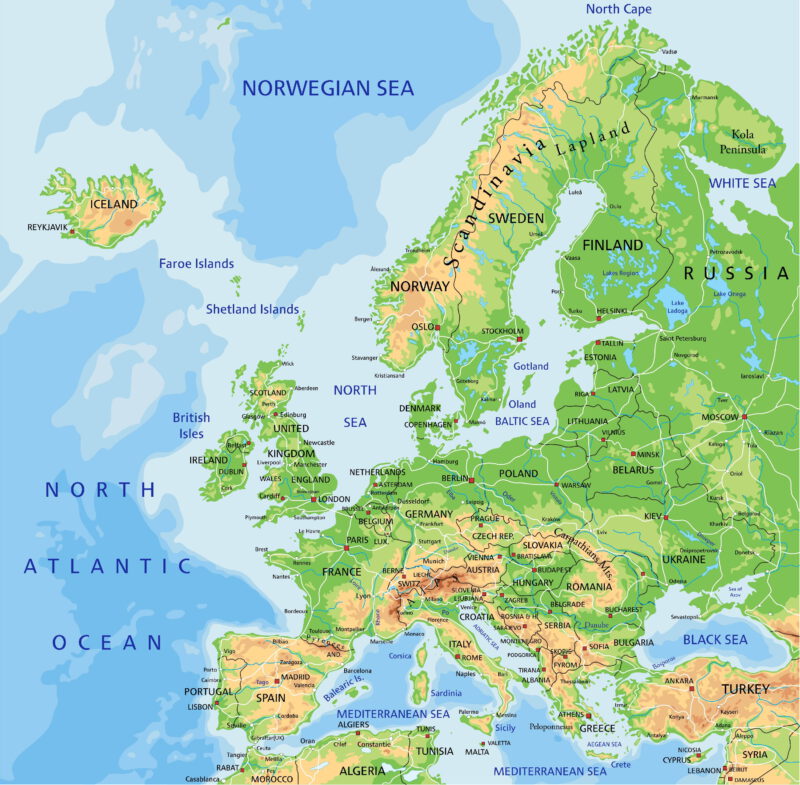 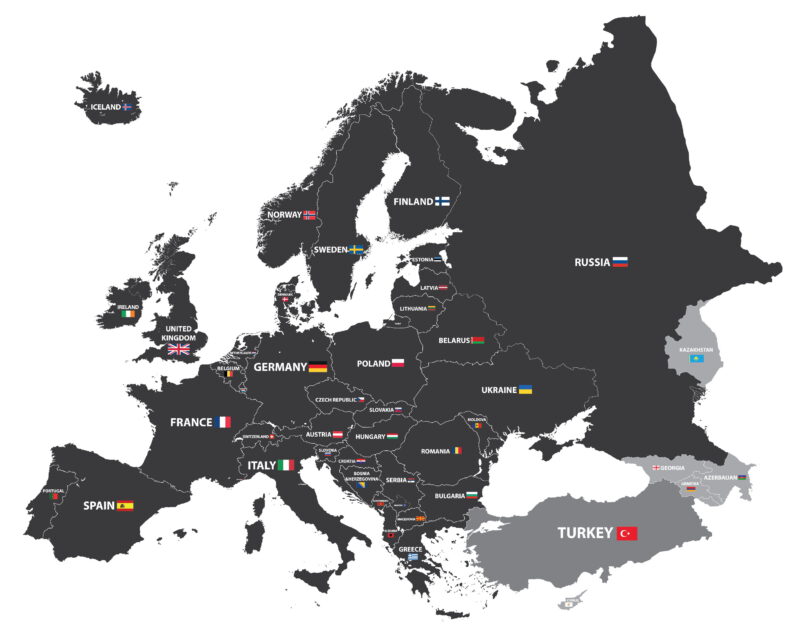 Flags of European countries (JPG, size 608 kb, resolution 1,234 x 2,382 px) – An interesting creative map where the outlines of states are filled with their flags. You can even find marked capitals on this map. 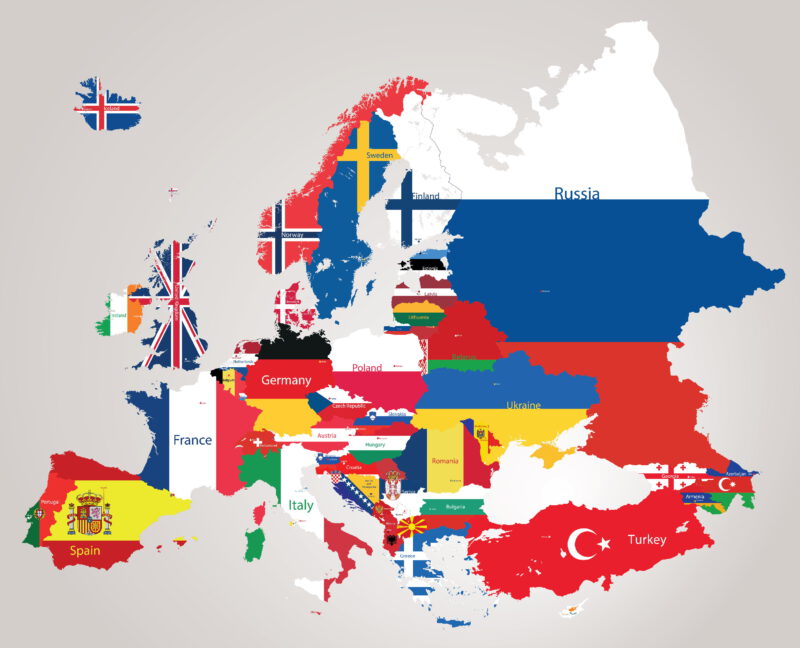 Europe countries map (JPG, size 283 kb, resolution 1,234 x 1,192 px) – A comprehensive map of Europe from Wikipedia, which tries to leave out nothing. 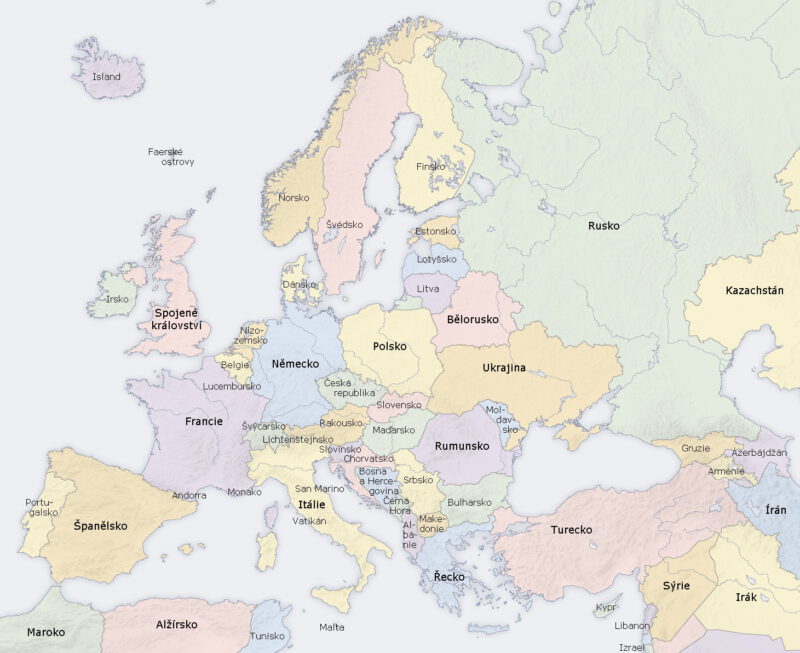 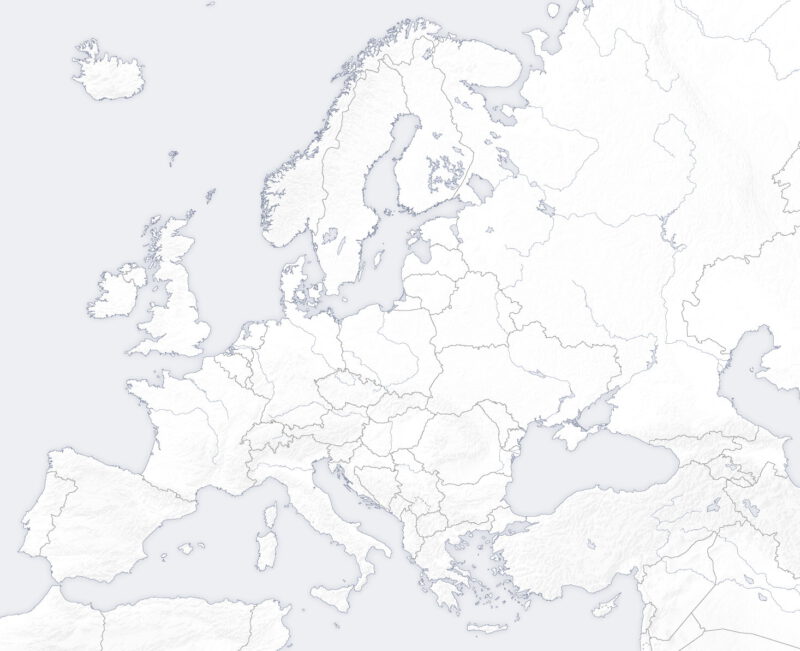 Borders and countries of Europe map (JPG, 972 548 kb, resolution 3,000 x 3,206 px) – A slightly different view of the European continent, where individual states are cut out of the natural context. 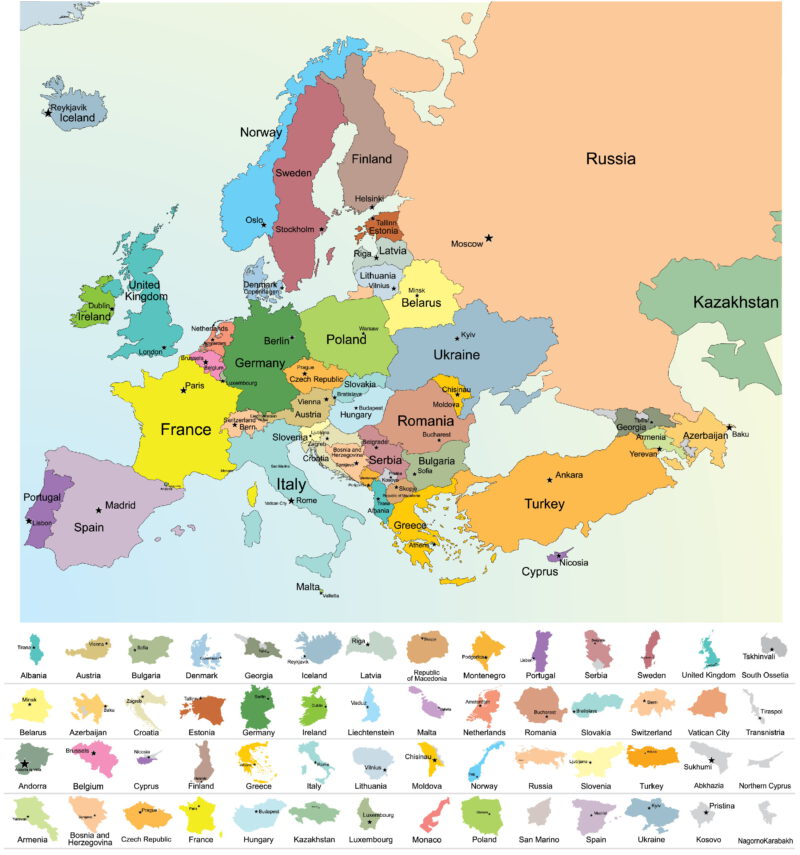 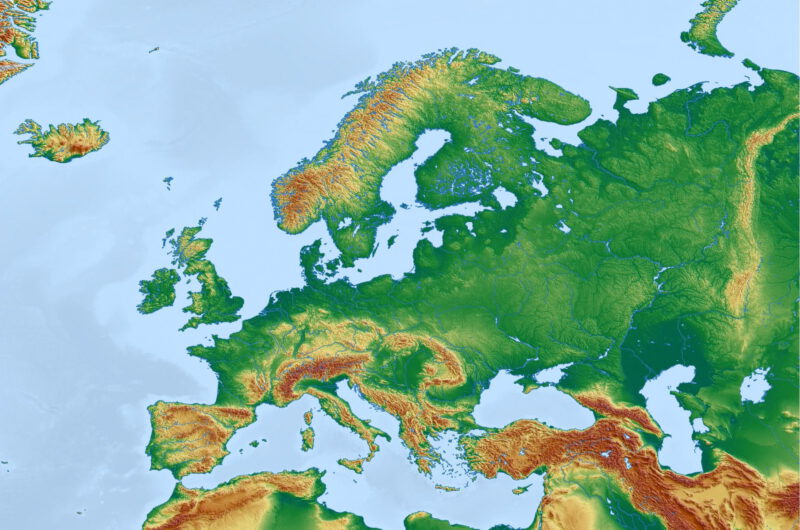 What to use our maps for

Need to see Europe in much more detail? So we can definitely recommend the following online maps. You can play them on your computer and on your mobile phone and examine them in detail nicely down to the smallest detail. Clicking on the following links will open a map of Europe directly.

On this page, we’ve put together a pretty rich selection of maps of Europe . Maybe we managed to hit what you need. Of course, we’re just happy to share your thoughts or recommendations with us on what another map of Europe you’ll still use . Of course, you can get something and we will try to satisfy me if it is within our means.

We have prepared maps of Europe for you purely for educational purposes . Download them and use them however you want, just please don’t spread them.