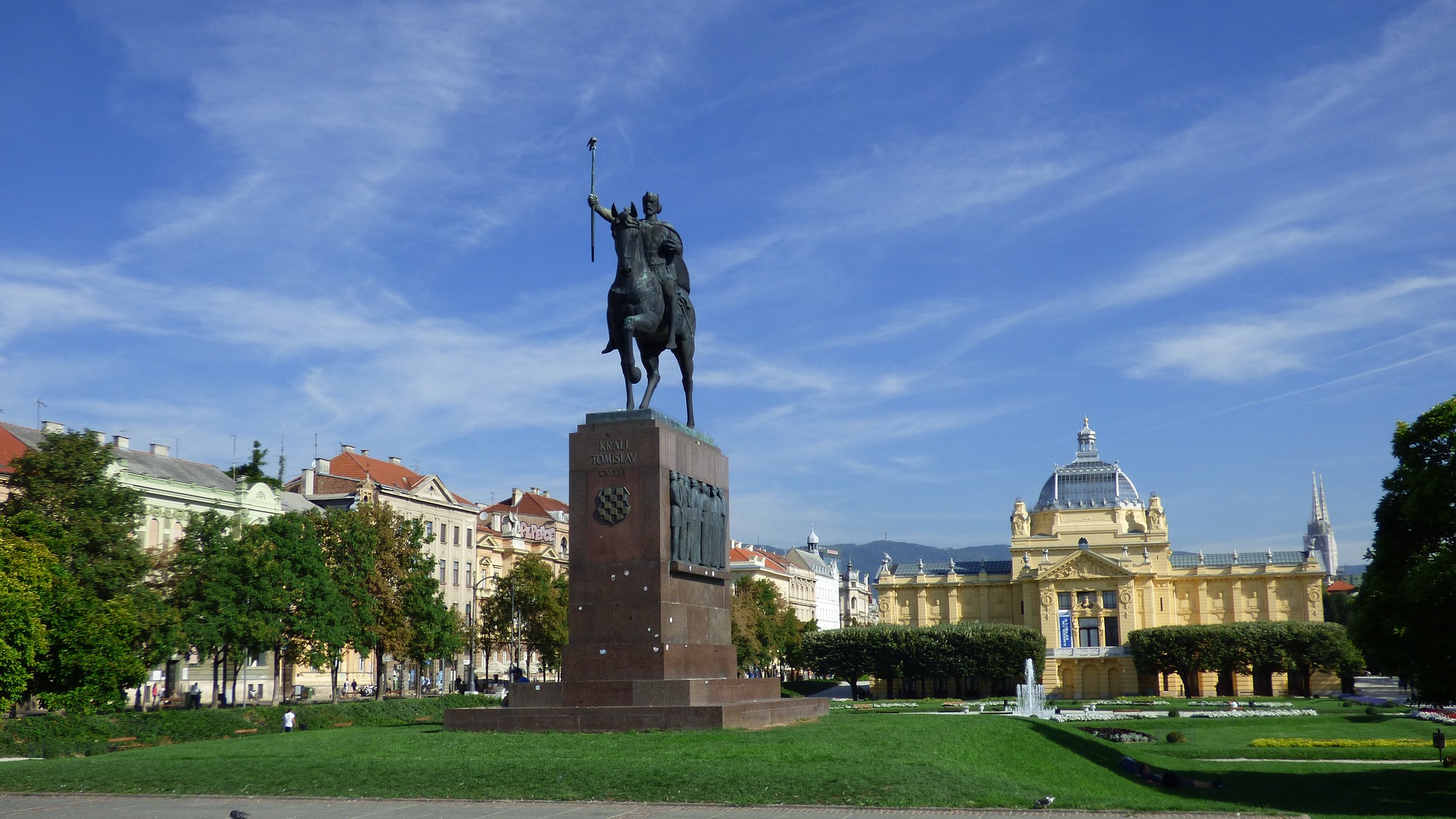 Zagreb is the capital of Croatia , which is the political, economic and cultural heart of the whole country . At present, Zagreb has about 700,000 inhabitants.

Location of the city of Zagreb

Zagreb is surrounded by beautiful forests and parks between the Medvednica Mountain and the Sava River . It is a Central European metropolis in which the culture of Western and Eastern Europe mixes. Zagreb is a beautiful historic city, boasting 20 interesting museums , 16 theaters and 350 libraries . The city also houses a large number of institutions and a university. The capital of Croatia has been since 1991.

A brief history of Zagreb

In the past, there were two separate medieval towns. One was called Kaptol and the other was Gradec . In 1242, Gradec received the privilege of a free royal city. It was not until 1850 that the two cities merged into one large entity. During the socialist Yugoslavia, the city expanded to include the new Zagreb, a large settlement in the southern part of the city beyond the Sava River. The main sights of Zagreb

Among the most important monuments of Zagreb is the magnificent Cathedral of St. Stephen’s Cathedral , the picturesque church of St. Mark, the old Lotrščak tower and the building of the National Theater.

Overall, the Croatian capital is a city of many museums and interesting sights . Today we will introduce some museums, parks, squares and we will also show the Zagreb Zoo.

The main monument of Zagreb is the impressive cathedral , which is called the Cathedral of the Assumption of the Blessed Virgin Mary, St. Stephen, and St. Ladislav. It is a symbol of the city found in the Kaptol district.

The cathedral was built in the 12th century. It was not until the 19th century that it acquired a dignified neo-Gothic façade and a second tower was added. Croats perceive it not only as a spiritual but also as a cultural center of the whole of Croatia.

In the Upper Town, which is called „Gornji Grad” in Croatian language, you should definitely visit the most beautiful square of Zagreb, which is called St. Mark’s Square. Mark . There is also a Catholic church of the same name, which was built in the 13th century. Particularly noteworthy is its roof made up of colorful tiles from the 19th century, which are lined up to form two large coats of arms – Croatian and Zagreb.

You can find the White Tower Lotrščak at the top station of the cable car . The tower dates from the 13th century and is such an imaginary gateway to the historic Upper Town. From the upper floor of the tower, which is open to the public, you will have a beautiful view of the whole of Zagreb.

The pride of Zagreb is also the National Theater , which is a large and grand building of deep yellow ocher. The construction of this large building dates back to 1895 , and is located on Marshal Tito’s extensive square. You can watch ballet, opera or drama performances here. You should start your tour of Zagreb at the City Museum , located on Opatička Street 20. The museum is located in a former convent of Poor Clares and is quite large, so take at least two hours to do so.

The museum maps the history of the city from its founding to the present. The diverse range of items includes city views, military uniforms, coats of arms, and maps. Undoubtedly, the most beautiful exhibits include wooden models of Zagreb in various sizes, which clearly illustrate how city looked like in the past.

For lovers of paintings, I recommend visiting the Gallery of Old Masters , located in the Neo-Renaissance building of the Academy of Fine Arts and Sciences. You will be able to admire the images in 10 halls from Italian, German, Flemish, and French painters. Among the rarest paintings of the local Gallery of Old Masters is the painting of St. Sebastian by Vittor Carpaccio or the work of Adam and Eve by the Florentine painter Mariotto Albertinelli. Maksimir Park in Zagreb’s largest city park , founded in the late 18th century in a dense forest. The nobleman and bishop Maksmilijan Vrhovec had a great deal of credit for the establishment of the green park, in whose honor the park got its name.

The park was decorated in the style of English large romantic parks . For animal lovers, they recommend visiting the Zagreb Zoo , which can be found in the park itself at Zoološki vrt Zagreb BB, 10000. The garden covers an area of ​​7 hectares and the entrance fee to the ZOO is 30 kunas. 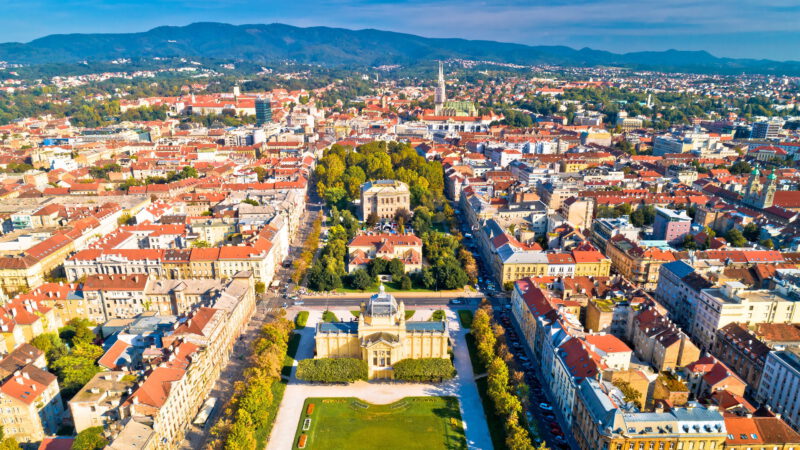 At the end of the tour of the Croatian capital, take a small trip to the Mirogoj Cemetery , which is four kilometers from the city center. It is one of the most beautiful cemeteries in Europe.

Of particular note is the beautiful Neo-Renaissance arcade with burial chambers. In addition to the magnificent arcade, you will also notice the luxurious monuments of famous Croatian sculptors and stonemasons. 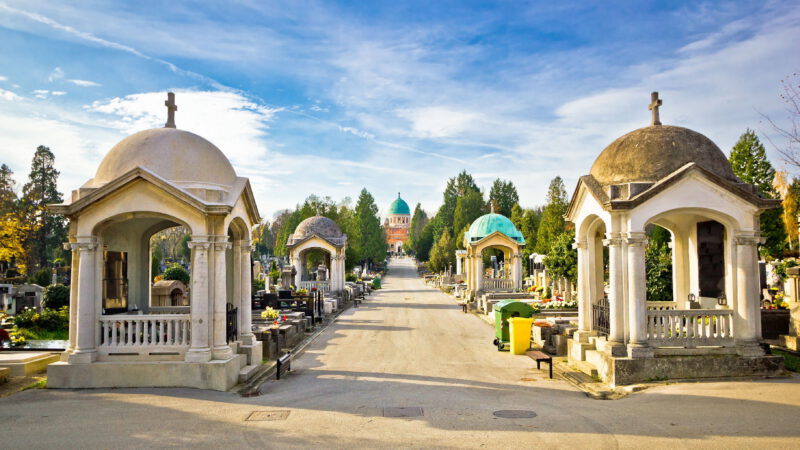 Zagreb and its surroundings

Of great interest is the mountain range Medvednica on the northern side of Zagreb. A beautiful piece of nature is interwoven with an incredibly dense network of trails and viewpoints. There is even a large ski area on the highest mountain Sljeme (1,033 m). It is a piece of truly amazing nature that will satisfy every cyclist or tourist. 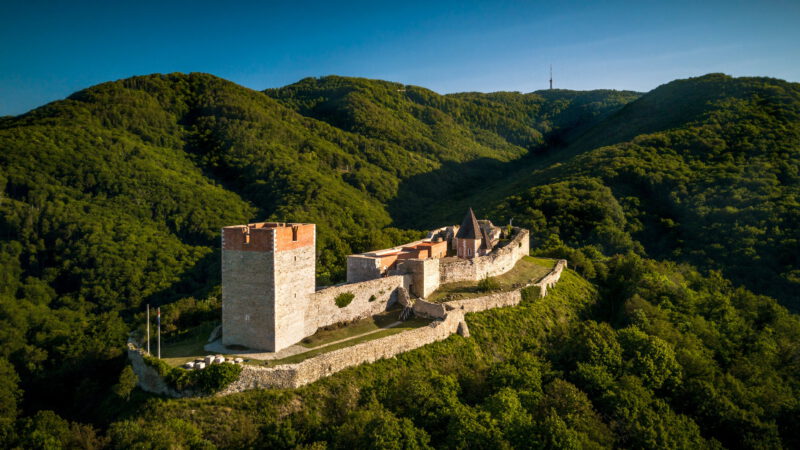 Zagreb is a beautiful city with many interesting sights and a unique atmosphere . In addition, it is one of the metropolises that still stands aside from the greatest interest of tourists. Everyone goes to Paris, London or Barcelona. But to look at Zagreb – it’s a real style only for those who know. Be among the enlightened and don’t miss Zagreb either.

Want to read more great guides? Try, for example, the one about Gdańsk in Poland or Alicante in Spain.